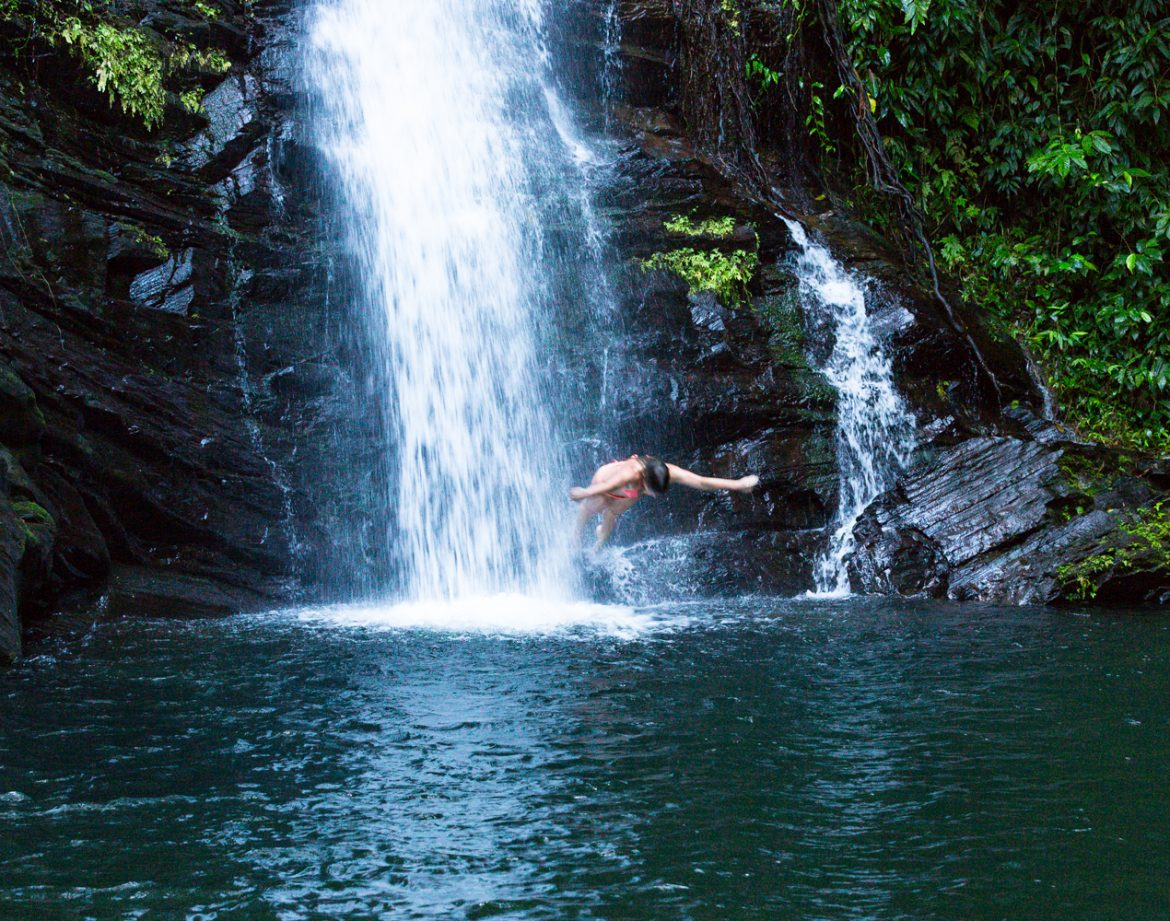 The Best of Belize: Mainland Guide

The Central American country of Belize is sandwiched between interior jungles and ruins of an ancient Mayan civilization, and hundreds of small islands and cayes along the Belize Barrier Reef, the largest reef system in the northern hemisphere. This fascinating destination bordering the Caribbean Sea, is packed with so many on shore and off shore activities for those searching for both action and relaxation that this guide solely covers all there is to do on the mainland of Belize.

Corozal, the northernmost district of Belize, is known for its Mayan ruins, undeveloped shorelines and charming residents. Corozal Town, just 9 miles south of Mexico, is an inviting town where you can blend in with the locals and discover the lifestyle and culture of Belize. Tour the corner turrets of Fort Barlee in the center of town, built to protect the inhabitants from Mayan invasions, and check out the large mural painted on a wall of the Town Hall depicting the history of the town.

Stroll through Central Park and check out the multi-hued clock tower and then visit the House of Culture, an information center with a commanding view of Corozal Bay. Be sure and visit some of the shops along 4th and 5th avenues, and pop into Roshni Supermarket for local rum, spices, and hot sauces. While there, purchase a bottle of the legendary Marie Sharps hot sauce to savor back at home.

To experience a Belizean marketplace, visit the Gabriel Hoare daily market and browse the clothing, butcher, and fish vendors and sample some of the local cuisine from one of the many food stalls. Take some of the local delicacies you purchased at the market and head to the shoreline of Mangrove Park.

If you hope to enjoy some low-key nightlife, check out the waterfront Jam Bar and join in one of their karaoke or trivia nights, or try nearby Tortuga. If your timing is right, Scotty’s, the local gathering place, hosts a more boisterous karaoke experience and some true talent. Corozo Blue is a popular restaurant and bar known for its wood-fired pizzas and local Belizean dishes.

If you are looking for some action, Corozal is home to the largest hotel and casino in Central America as well as the Princess Casino Corozal. Outside of town, head to the southern side of the bay to visit Cerros, the site of the first Mayan coastal trading center, housing a collection of ancient Mayan temples and a small museum.

There are also some beautiful and remote beaches nearby. If you head north, you can tour Santa Rita, a historically significant pyramid, where Gonzalo Guerrero married a Chactumal chief’s daughter at the site of the first Spanish-Mayan union. Continuing south to the district of Belize, a tour of Belize City, the largest in the country, is worthwhile for sights such as the notable Chateau Caribbean Hotel, Old Belize City Prison, Memorial Park and Lindbergh Landing. Since there are some less safe areas in Belize City, a guided tour might be your best bet. Be sure and stop at the colorful Belize sign for a photo and while you are in the area, check out the Baron Bliss Lighthouse.

Further inland in the Belize District is Altun Ha, which means Rockstone Pond. A tour of this Mayan site includes tombs, pyramids, temples and a man-made lagoon. If you want a day of pampering in the jungle, located ten miles north of Altun Ha is the Belize Boutique Resort and Spa. Formerly the Maruba Jungle Resort of reality television fame, this world-renowned spa is
considered one of the best in the country and is set in a serene oasis amongst the trees. They offer a wide range of massages and body treatments utilizing natural ingredients sourced from the surrounding jungle, including the African Honeybee Scrub, which rejuvenates your skin
beyond your wildest expectations.

Also within the district of Belize, animal and nature lovers can visit the Crooked Tree Wildlife Sanctuary, the Community Baboon Sanctuary, and the Belize Zoo. A national protected area and wetlands, Crooked Tree Village and Wildlife Sanctuary is one of the first Creole communities in the country and is home to over 300 species of birds and a large variety of flora and fauna, including several thousand mango and cashew trees. The Sanctuary offers cooking classes, garden tours, guided bird tours, cashew and mango picking, hiking trails, horseback riding, canoeing, and biking.

If you are into monkeys, then the Community Baboon Sanctuary should be a definite stop. While there are actually no baboons, there are many howler monkeys (known to Belizeans as baboons), a museum and a visitor center. For a wider variety of animals native to Belize, visit the 29 acre Belize Zoo which started as an animal sanctuary for wild animals taken from their natural habitats to be featured in nature videos and documentary films.

The rustic trails through the jungle like preserve brings you in close proximity to jaguars, toucans, snakes, parrots, tapirs, storks, and several other native species. The next district south of Belize is the Stann Creek District, one of the most diverse and unique districts representing the Creole, Maya, Garifuna and Mestizo cultures.

The coastal city of Dangriga, is an historic Garifuna town, the capital of the district, and is the starting point for many Belizean excursions. The Garifuna people arrived in Belize in the late eighteenth century from the island of St. Vincents and have kept their traditions alive in this region of Belize. In Dangriga, visit the Drums of the Fathers monument, a tribute to the Garifuna ancestors; and if possible, attend a drum performance or check out the Gulisi Garifuna Museum. Interior Belize is sparsely populated and big on conservation, resulting in lots of protected jungles, forests, savannah’s and natural parks.

One very notable Stann Creek area to visit is the Cockscomb Basin Wildlife Sanctuary. The site on the edge of the Cockscomb Mountain range, is the only preserve in the world for jaguars. In addition to the 200 endangered jaguars, this 150 square mile habitat is home to many additional big cats including ocelots, pumas, margays, and jaguarundi, as well as jungle birds and howler monkeys. While in this area, you might also visit the Maya King Waterfall nestled amongst orange groves and a “bamboo cathedral”. This is a scenic spot to cool off in the swimming pond at the base of the falls and enjoy a picnic.

At the southern boundary of the Stann Creek district is the peninsula and town of Placencia, with a Guinness Book of World Records main street. At approximately 4000 feet long, the narrowest main street in the world is in one of the most popular and alluring seaside resorts in Belize. With plenty of beautiful beaches, great restaurants and easy access by air, road, sea
ferry, or water taxi; this laid back village is a great place to begin a mainland tour of Belize.

Further inland, the landlocked jungle and cave filled district of Cayo, is the locale for many exciting adventures. Start your intriguing experience in the town of San Ignacio for a last taste of civilization before embarking on your journey of the region. Begin with a horseback ride to a Mayan ruin with Hanna Stables before heading south for some chilling history, cave tubing, and ziplining.

Just south of San Ignacio is the Actun Tunichil Muknal (ATM) cave. Once used as a place of sacrifice by the ancient Mayans, the ATM cave houses pottery and other significant artifacts from the past, including skeletons, so the tours require permits and guides.

If you would like to have a more upbeat cave experience, visit Nohoch Che’en Archeological Reserve a.k.a. Jaguar Paw. This exciting yet relaxing tour under crystal columns, stalagmites, and stalactites as you drift along the crystal clear Caves Branch River, is an amazing and truly unique encounter with nature.

If you are up for a more physically challenging adventure, head to the Mountain Pine Ridge area and Calico Jack’s Village. Here you can zip line through the jungle, get launched from a jungle swing, rappel, and walk along a ropes course through the treetops.

After getting your thrills in the Cayo hills, head to the southernmost district of Toledo, emerging as a tourist destination because of its secluded beautiful and varied scenery. Known as an agricultural district, Toledo is a wonderful place for Agri-tourism, especially its chocolate and coffee production facilities. The capitol of the region is the coastal town of Punta Gorda (PG), and has a unique multi-cultural feel and several delectable eateries.

This diverse Central American destination has so much to offer travelers, that this guide is separated into two articles. Check out the exciting activities of the numerous cayes in The Best of Belize: Island Guide. 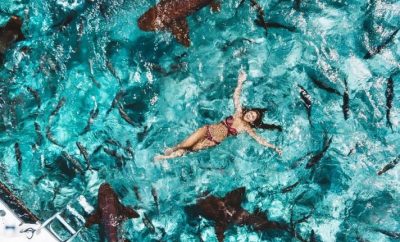 Diving Guide for the Remarka...
Located between Mexico and Guatemala, the Belize Barrier Reef runs the entire length of the country and is the second largest barrier reef in the ...
Jan 12, 2021 , 0 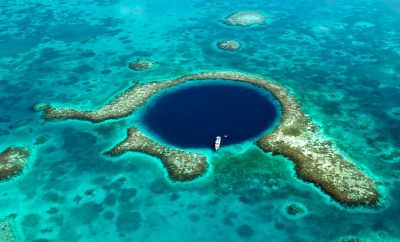 The Best of Belize: Island a...
The Central American country of Belize is sandwiched between interior jungles and ruins of an ancient Mayan civilization, and hundreds of small islands or cayes ...
Jan 12, 2021 , 0